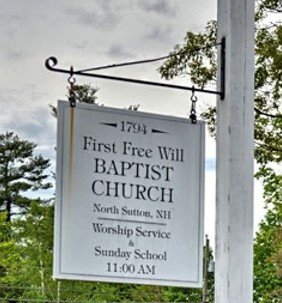 Sutton Meeting House…the one center around which gathered the religious, social, and intellectual life of the people.

The charter for Perrystown (Sutton) granted to Obadiah Perry and others on November 30, 1749 stated that "within six years of said term there shall be a meeting-house built...” The 1749 charter was renewed February 24, 1751. The settlers failed to take action on the terms of the charter and they had to purchase a new charter, procured on August 18, 1773. Perrystown was incorporated in 1784 without the benefit of a meeting house. 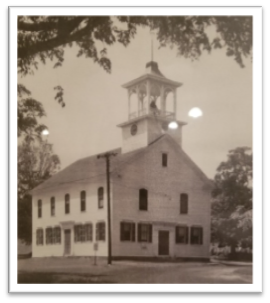 Disaster struck and the South building burned to the ground during construction. Work on an identical structure was started immediately after the tragedy. The North Meeting House was “nearly” completed in 1797.

The North Meeting House dimensions were 40 feet by 50 feet as were the original meeting house in the South and its replacement. Porches (enclosed stairways to the second-floor gallery) were located at each gable end of the building.

The gallery ran around three sides of the building. The lowest step was furnished with bench seats and pews, but the remaining area of the gallery was unfinished and was never completed.

The pews were arranged around the entire floor with a broad main aisle from the door on the south side to the pulpit. A second aisle passed around the perimeter of the floor inside a set of pews next to the wall. The floor could be accessed through the porches, too.

The meeting house was remodeled in 1855. The unfinished gallery area was converted to a full second floor. This area was set up as the sanctuary for the meeting house. The porches were removed and an interior stairway constructed. The first floor became a meeting area for the town. The steeple and bell were added in 1870. The bell was rung for the first time on Independence Day of that year. Several religious societies worshiped in the upper level of the Meeting House including the Universalist and Baptist. During some periods of times, the sanctuary was used by more than one group every Sunday.
The first floor was a meeting place fo 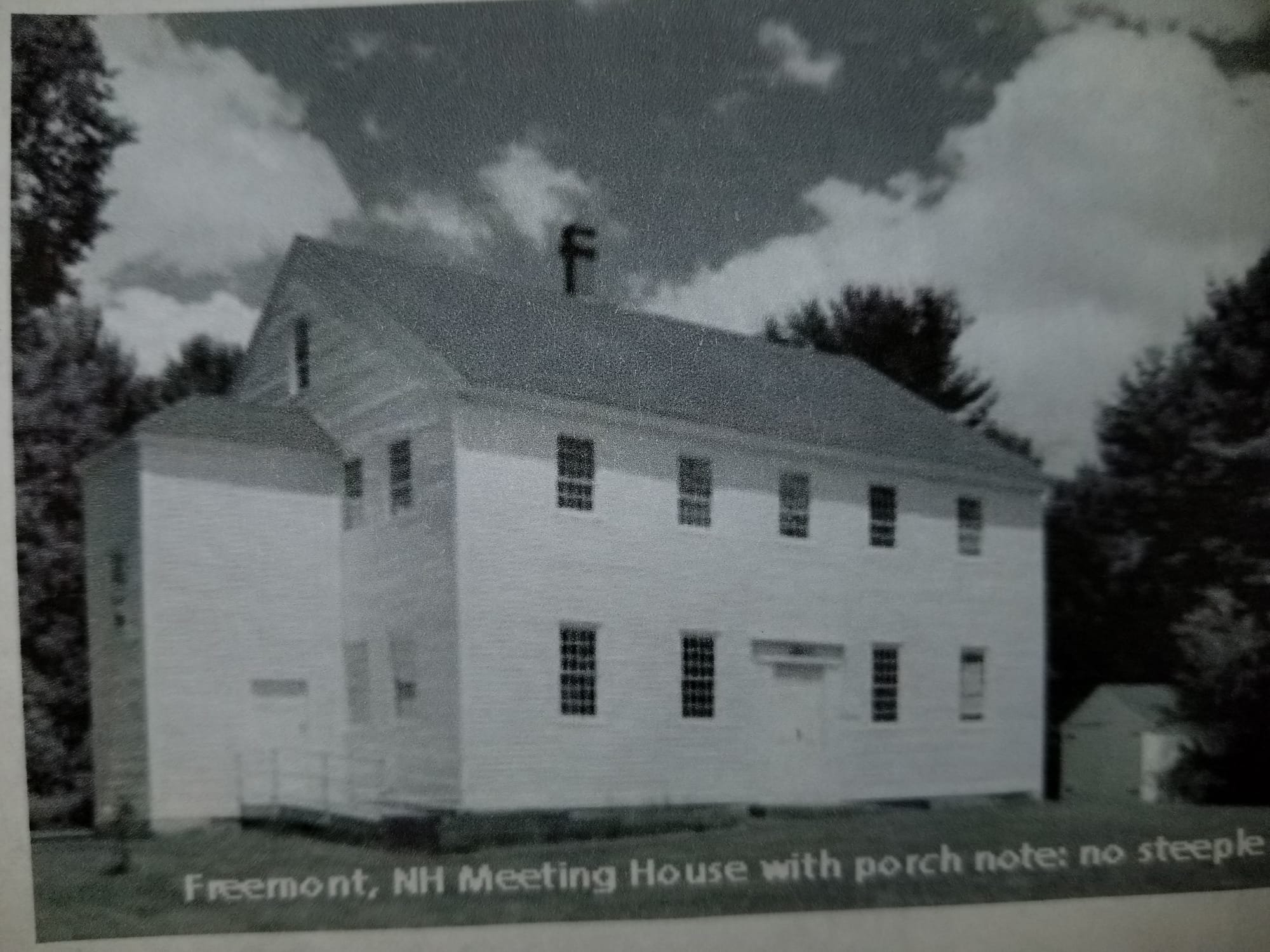